An adult male believed to be in his late 30s or early 40s has died in a vehicle collision with two trucks on the N2, 30km outside Ermelo in the direction of Piet Retief this morning.

ER24 paramedics arrived on the scene at 06:00 to find a light motor vehicle which had been ripped in two on the side of the road. The body of an adult male was found still in the drivers seat of the vehicle. He, unfortunately, showed no signs of life and was declared dead on arrival by ER24. The drivers of the two trucks involved were uninjured in the collision.

Both the Fire Department and the South African Police Services as well as Ermelo Provincial Emergency Medical Services were on the scene. 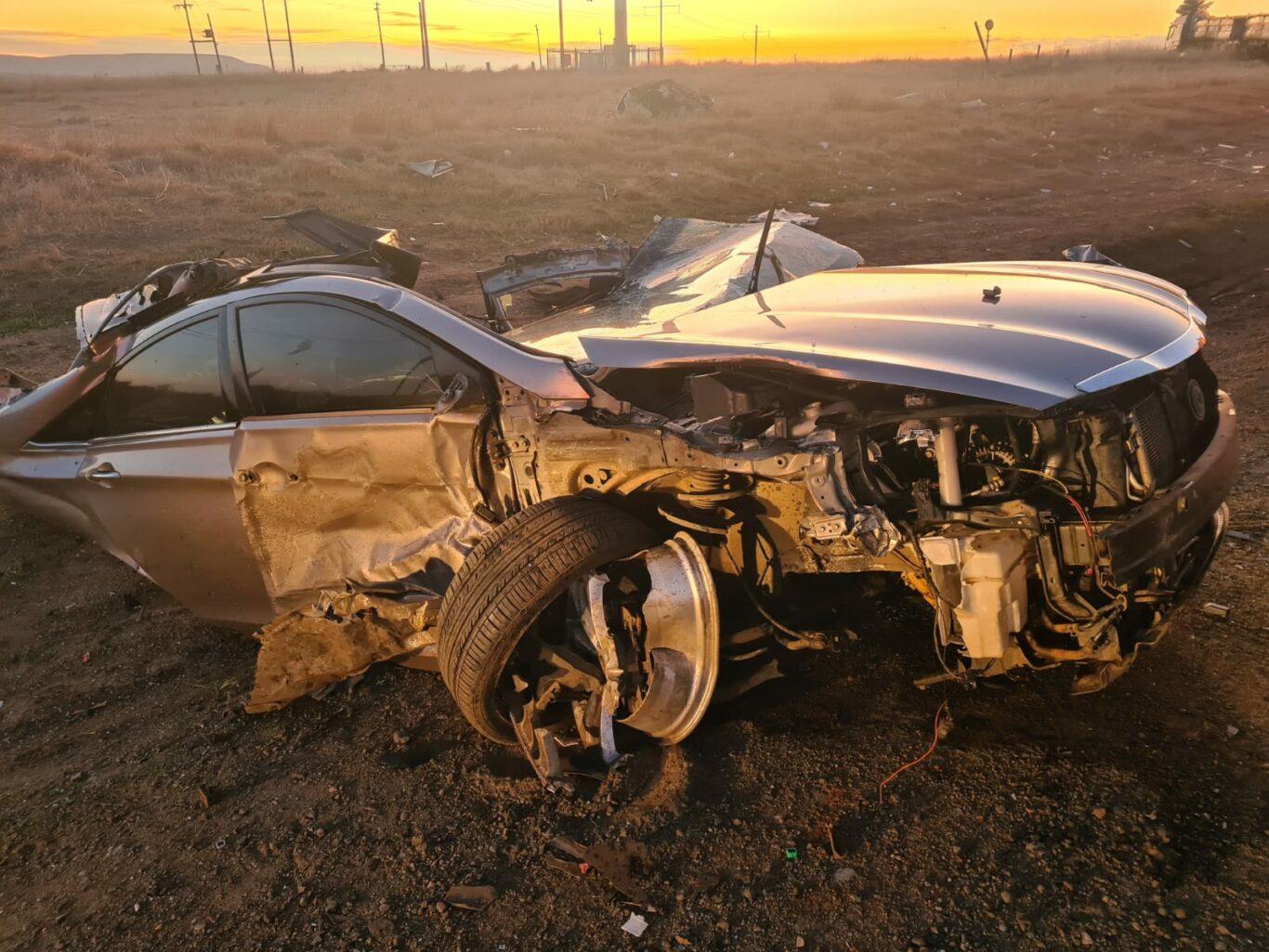